Place the half head of cabbage cut-side down on a cutting board and cut it in half lengthwise through the core. Then cut each half into four large wedges, always cutting lengthwise through the core. You should have a total of 8 wedges. Trim most of the core from each wedge but leave just enough to keep the pieces intact. Place the cabbage on a 13 by 18 inch rimmed baking sheet.

In a small bowl, whisk together 1 tablespoon of the olive oil with the mustard and honey. Brush the cabbage wedges on all sides with the mustard glaze, then season generously with salt and pepper.

Place the pear wedges and shallots in a large bowl and drizzle them with the remaining 1 tablespoon of olive oil and season with a big pinch of salt and several grinds of pepper. Toss to coat them evenly and spread them around the baking sheet, nestling them in so they are in a single layer surrounding the cabbage.

Bake until the cabbage is almost tender and beginning to brown, 20 to 25 minutes. Remove the baking sheet from the oven and turn everything over. Press down gently on the cabbage to fan the wedges out a little so they will brown evenly on the other side. Space out the sausages on the baking sheet and return it to the oven. Bake until the sausages are cooked through and everything is nicely browned, about 15 minutes. Switch the oven to broil if you’d like a little more browning, transferring the ingredients from the baking sheet to a platter as they are done (some things will brown faster than others).

Place the baking sheet on the stovetop over the two burners and turn both to medium-high heat. Add the chicken stock and thyme sprigs to the baking sheet and stir to release any bits stuck to the bottom and edges of the pan. Bring the liquid to a boil and cook until it reduces by about half. Carefully strain the sauce through a fine mesh sieve into a bowl or small pitcher.

In a medium bowl, whisk the crème fraîche, horseradish, mustard, and chives and season with salt and pepper.

Cut the sausages on a bias into thick slices. Arrange the sausages, cabbage, pears, and shallots over the warmed mashed potatoes, and drizzle a little of the pan sauce over each portion. Serve with the horseradish-mustard sauce on the side and a handful of watercress on each plate. 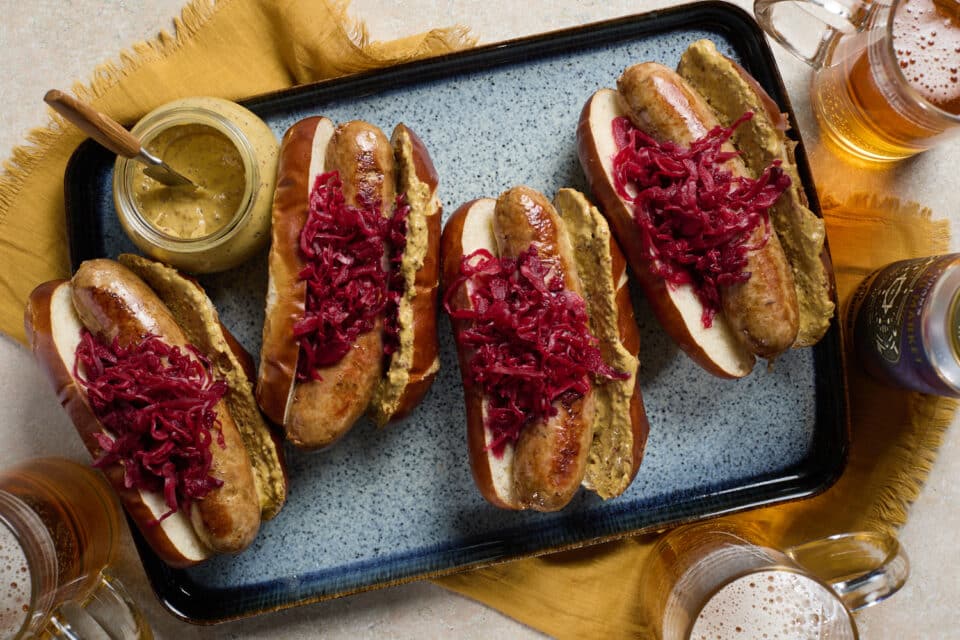 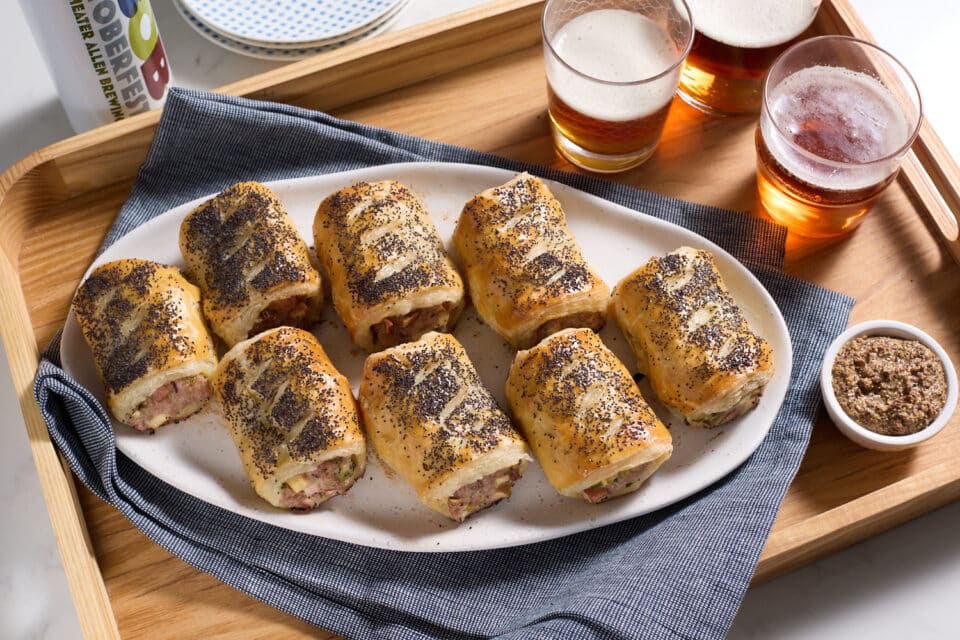