To make the sauce: Heat the broiler to high with a rack in the top position. Space out the whole tomatillos, chiles, and unpeeled garlic cloves on a rimmed baking sheet. Broil until blistered and charred, turning once, 10 to 15 minutes, removing each ingredient from the pan as it’s done. When cool enough to handle, squeeze out the garlic cloves into a blender and discard their skins. Peel any loose charred bits of skin from the chiles and discard the stems. Put the roasted chiles and tomatillos plus any juices from the baking sheet into the blender and add the cilantro, onion, chicken stock, sour cream, cumin, and salt. Blend on high to a smooth sauce. Taste and adjust the seasoning.

To make the enchiladas: Preheat the oven to 400°F. In a large skillet, heat 1 tablespoon of the oil over medium heat until it shimmers. Fry the tortillas two at a time until they are lightly toasted but still pliable, about 30 seconds per side. Collect the tortillas on a plate and repeat to fry the rest, adding a little more oil to the skillet as needed.

Heat the remaining oil in the skillet and add the loose sausages and onions. Cook, stirring often, until the meat is cooked through, the onions are translucent, and the moisture evaporates, 5 to 6 minutes. Remove the pan from the heat and stir in 1/2 cup of the verde sauce.

Ladle 1 cup of the verde sauce to cover the bottom of a large rectangular baking dish. Divide the sausage filling and about half of the Oaxaca cheese among the tortillas and roll them up. Place the enchiladas seam side down over the sauce in the baking dish. Pour the remaining sauce over the enchiladas. Top with the remaining half of the Oaxaca cheese and 1/4 cup of the cotija. Bake until the cheese is melted and lightly browned in spots, about 20 minutes.

Top with the tomatoes, green onions, cilantro, and remaining cotija and serve hot. 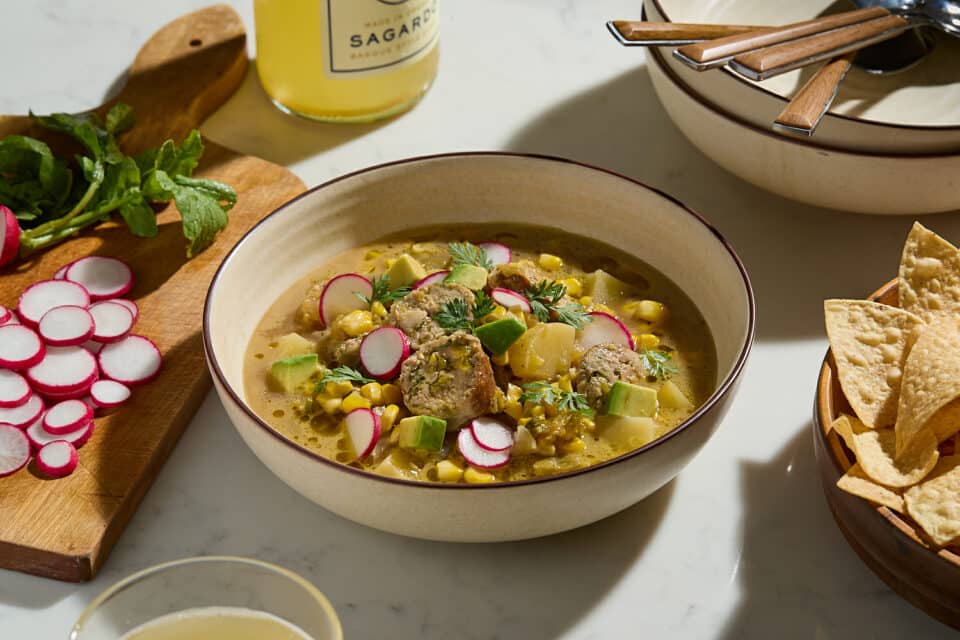 Sliced chicken sausages, corn & potatoes are the main ingredients in this take on a classic New Mexican chowder. 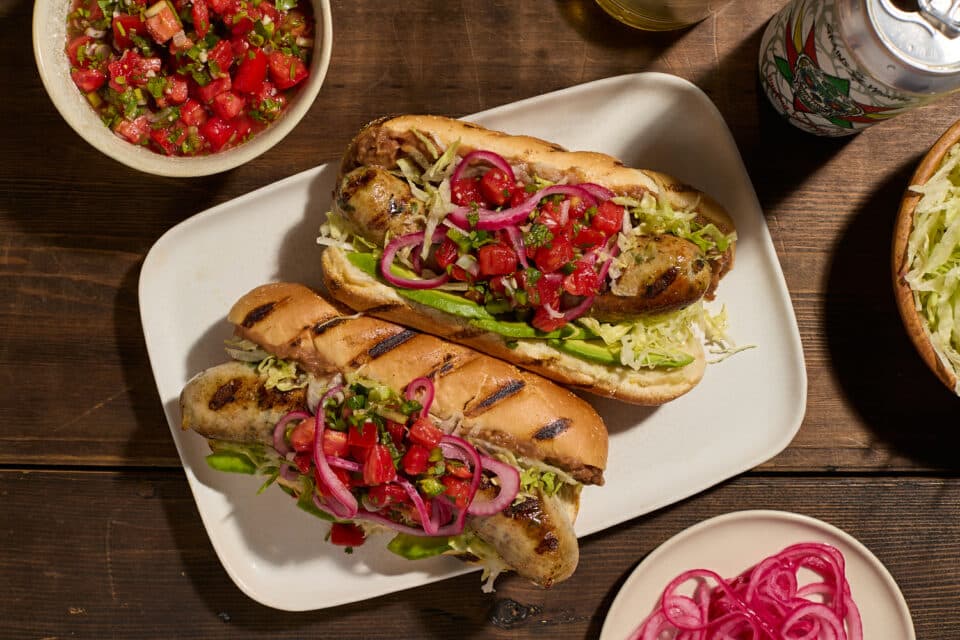 Inspired by a traditional Mexican torta and filled with classic colorful toppings.