En Papillote is French for “enveloped in paper,” utilizing trapped steam to cook the contents of a parchment paper packet. It’s a fancy name for an easy preparation with a fun tableside reveal. You can use any combination of vegetables you like. Just make sure to cut them small enough or thin enough to cook quickly or par-cook harder vegetables to give them a head start. Reserve any leftover vinaigrette to dress salads or to spoon over roasted vegetables.

Prep vegetables. Bring a small pot of water to a boil. Peel carrot and cut into julienne strips. Blanch in boiling water until just softened, about 2-3 minutes. Drain and set aside. Seed and cut red bell pepper into julienne strips. Wash and trim spinach. Cut cherry tomatoes in half. Reserve until needed.

In a small mixing bowl, combine all ingredients for the vinaigrette except the olive oil. Whisk until sugar and salt are dissolved. While whisking, drizzle in olive oil and mix until combined. Set aside.

To assemble packets, fold a  24” x 16” sheet of parchment paper in half. Arrange a handful of spinach on one side of the parchment paper near the crease. Top with carrots and bell pepper. Season fish on both sides with kosher salt and freshly ground black pepper and place on top of the vegetables. Arrange cherry tomatoes on top and around.

Fold the other half of the parchment paper over to cover fish and begin folding and creasing the two sheets together to form a tight seal, tucking the final fold under to secure in place. The end result should be a semicircle with the fish and vegetables completely enclosed inside.

Repeat process with remaining vegetables and fish to make two packets. Place packets on a sheet pan and bake until puffed, about 15 minutes.

To serve, transfer each packet onto a plate. Using a pair of scissors, open packets at the table. Spoon vinaigrette over and enjoy. 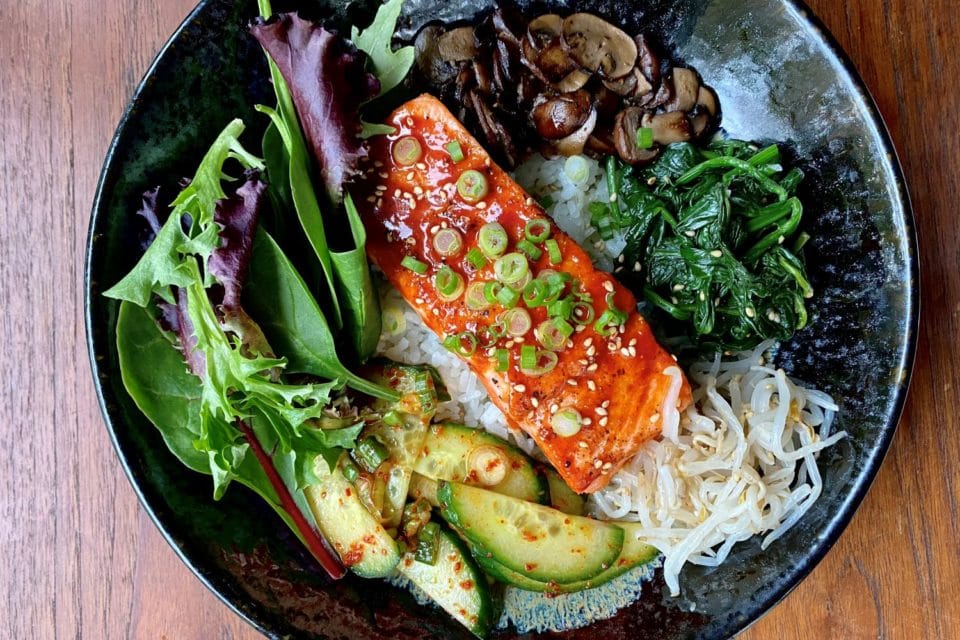 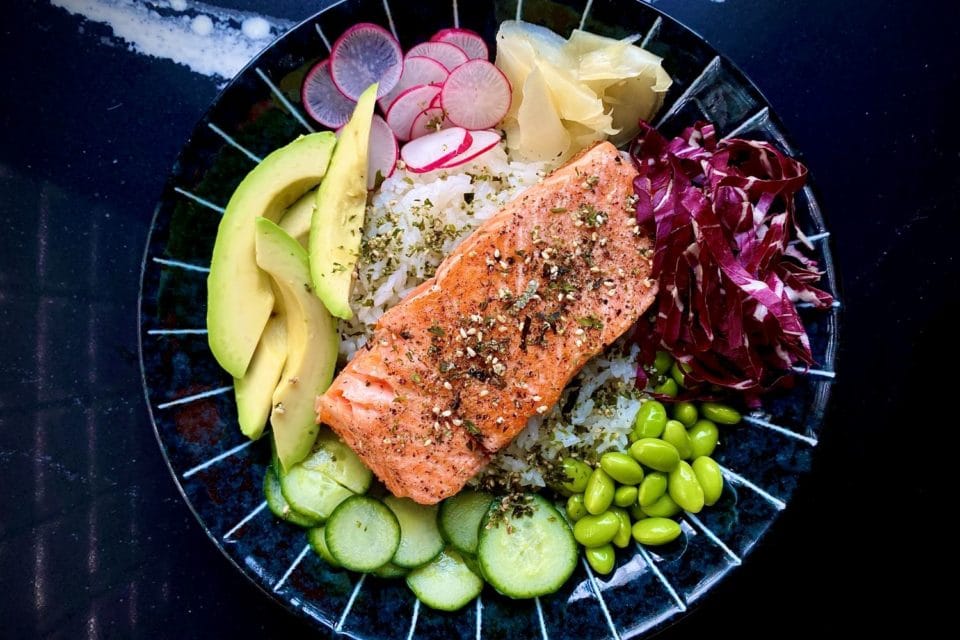 Reminiscent of a colorful poke bowl, but with the flavors of a seared salmon sushi roll.