Skip to content
There are few peppers that can match New Mexico’s “Hatch” variety, a designer breed that has been perfected over the last 130 years. When Hatch chilies aren’t readily available, though, we love this version of a classic Southwest Green Chile Burger, which uses the more common fire-roasted Poblano pepper for heat. The burger is finished with a drizzle of spicy barbecue mayonnaise, which turns eating this cheeseburger into a delightfully messy five-napkin affair.

Place chile halves skin-side-up under broiler or on hot grill. Broil or grill until skin blackens and blisters, about five minutes. Remove chiles and seal in a plastic bag; set aside for 10-15 minutes. When chiles cool, rub them between your fingers to peel the blackened skin off, then slice the chiles into 1″ wide strips.

Divide meat into thirds then loosely form into patties. Season with salt and pepper and cook on grill over high heat until burgers release from grill, about 2-3 minutes. Flip burgers, top with cheese, close grill cover, and cook until cheese melts, approximately 2 minutes.

Place buns buttered side down on grill until insides are toasted.

To assemble the burgers, place a finished cheeseburger on a toasted bun. Top with one of the roasted poblano peppers, then a handful of corn chips. Finally, drizzle with barbecue mayonnaise and serve immediately. 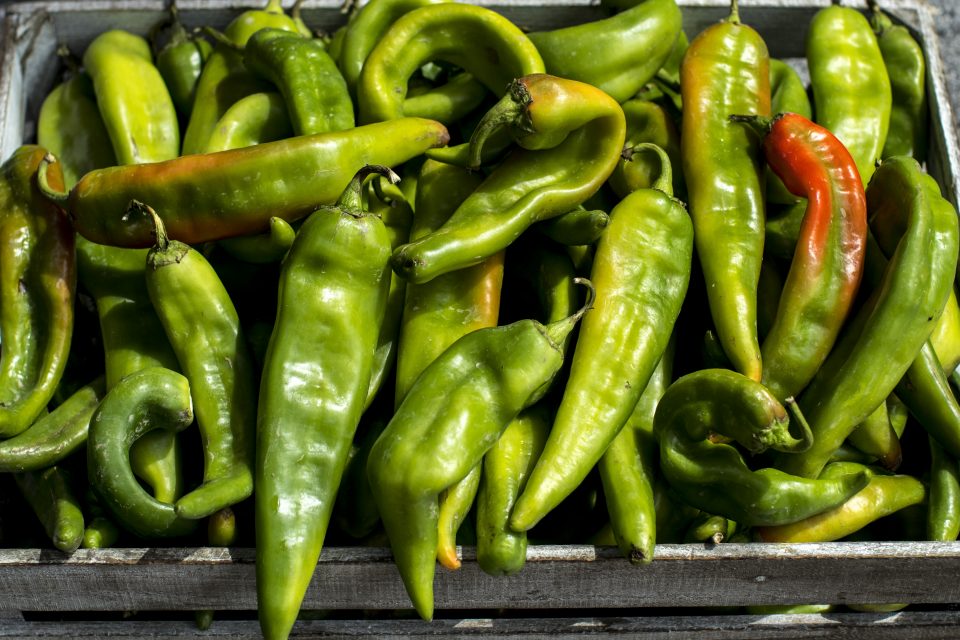 Catch the Hatch Hype. Grown in Hatch Valley, New Mexico, these meaty green chiles are available only for a limited time.

Up your burger game this summer with our housemade burger patties.